“If a consenting adult wants to engage in sex work, that is their right, and it should not be a crime,” Gabbard said. “All people should have autonomy over their bodies and their labor.“

Most candidates in the 2020 race have skirted the issue, including President Donald Trump, but questions about sex work are beginning to chase the Democratic presidential pack.

Gabbard’s embrace of the issue comes just days after Sen. Bernie Sanders was asked for his position and didn’t have one. “That’s a good question, and I don’t have an answer for that,” he told The Breakfast Club.

The White House didn’t answer questions from BuzzFeed News last year about whether Trump thought sex work or paying for sex should be legal. Nor would officials say if the president supported the Justice Department busting a website accused of posting sex work ads.

Gabbard’s unequivocal support for decriminalizing sex workers comes after she — and all the other 2020 Democratic candidates in Congress — voted for legislation last year that has been criticized by sex workers and activists. Known as SESTA/FOSTA, the law was promoted as a means to combat sex trafficking, but in practice it eradicated websites and other platforms where consenting sex workers meet clients. The law was assailed for endangering sex workers and stifling free speech. By shutting down platforms, activists said, workers lose the means to protect themselves by vetting clients and avoiding dangerous situations.

“That pushed more people to the street and caused more deaths and allowed clients to harm, and push the limits of, sex workers,” said Jill McCracken, codirector of the Sex Workers Outreach Project Behind Bars and a professor at the University of South Florida.

Gabbard’s office didn’t immediately respond to a request for comment on her previous support for FOSTA.

“It hasn’t been a major issue in any presidential election that I’m aware of,” McCracken added, saying that insofar as sex work is discussed, it’s been in the context of banning sex trafficking.

“I think we we could switch the conversation, as Gabbard is trying to do, to adults choosing what they do with their bodies and how we can help them solve problems in the industry,” she continued. “Yes, sex trafficking exists — but criminalizing sex work in most ways does not eradicate sex trafficking.”

It’s famously difficult to assess the size of the US sex trade, which is illegal everywhere except in parts of Nevada, contributing to several dubious theories about the industry’s scope. One of the few government-backed studies, funded by the National Institute of Justice, estimated that markets in just eight US cities totaled between $39.9 million and $290 million.

McCracken welcomed Harris’s latest comments, but said the former California prosecutor’s past was problematic. Harris said in 2008 that decriminalization “would put a welcome mat out for pimps and prostitutes to come on into San Francisco.”

“Kamala has not been a friend to sex workers,” McCracken said.

“If we can can have a conversation about adult sex work, and how to reduce trafficking in the sex industry, that would be incredible,” she added. 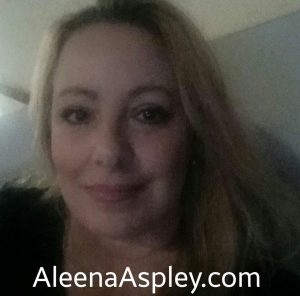